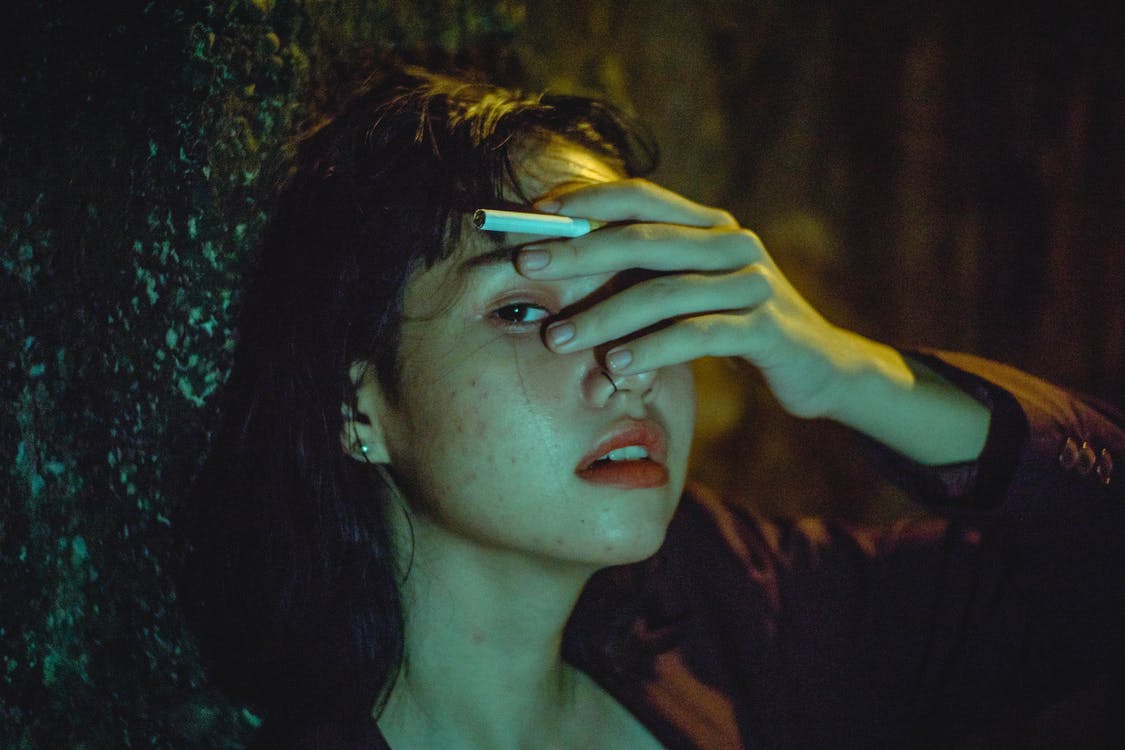 Friendship pain: It is worth fighting for your loved ones?

A friend of mine recently told me about her friendship sorrows, and I thought about it. About the density of blood and water, fear of loss, longing and regret. The shadows that haunt the ones we jump over and us. How long should we resuscitate once the heart has stopped? How long to wait?

This equation stands and falls with constants like trust, forgiveness and missing. If these parameters are given, broken friendship hearts have, in my opinion, even better chances of healing than those of lovers. The transitions here are to be regarded as fluid because friends are loved differently, more unconditionally, and value-free. Read this amazing blog on Escort Suite.

In my opinion, broken friendship hearts have a better chance of healing than lovers

A short “Hey” lets us breathe a sigh of relief, and we immediately feel seen and understood. Words have so much power, so let’s not be sparing with them for loved ones. Explain yourself, argue, and keep quiet. We embraced and questioned.

Words have so much power, so let’s not be sparing with them for loved ones. Explain yourself, argue, and keep quiet.
A wise man said, “Nothing worth having in this world comes easy.” OK, it was Dr Kelso from Scrubs, but he’s right.

Do you miss it? Calls! are you angry? Explains why! Do you need a sympathetic ear or a hug? Claim it! Did you screw up? excuse yourself

After all, there are many reasons why you were or are friends and don’t forget: If it feels toxic, run!
Of course, friendships sometimes fall apart or change, and we have to let go, but as the head of the love department, I would like to do my job here too and ask all the still-beating hearts of friendship not to give up without a fight.

I am “now” bi, by the way. This is not a fixed idea that came to me overnight or suddenly sprouted up in my head – it was much more a sometimes quiet, sometimes loud intuition about my sexuality, which I have had since I was 15 years old. However, the final insight only became apparent this year.

For quite a while now, I’ve been thinking back and forth about whether I want to write about it publicly; it’s a dichotomy between “actually it should be so normal that you don’t have to come out anymore” and “unfortunately, it’s not normal yet, so you has to come out after all” – whereby of course nobody has to “have to” anything. And then I also ask myself whether my sexuality has anything to do with the internet – I think, in the end, it might help to write about it. Hopefully, you and I too. 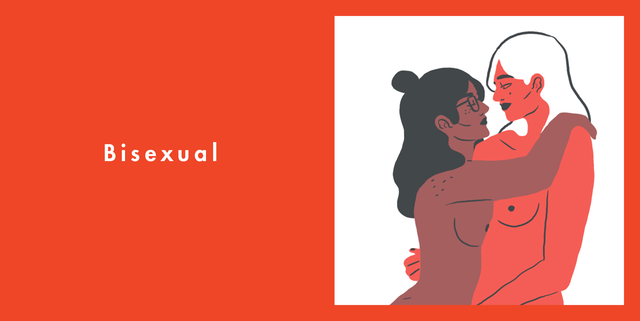 But slowly. How did I discover my bisexuality? The banal answer is: At Germany’s Next Topmodel when I realized at the age of 15 that I (can) also find women incredibly attractive. This, combined with my ongoing, hopelessly unhappy infatuation, made me wonder if there couldn’t be a more excellent and more accessible way to be with a woman. At 15, you probably can’t talk about “woman” and even less about genuine relationships – but that’s another topic.

There were two make-outs with girlfriends at parties when I was 16 or 17, but other than that, between the ages of 15 and 23, I’ve only been in straight relationships and only dated guys. Nevertheless, there was always this thought, the desire and the fantasy to try it out. Sometimes intense and vehement, sometimes quiet, sometimes almost forgotten. But it never completely let go of me.

I’ve only been in straight relationships and only dated guys. Nevertheless, there was always this thought, the desire and the fantasy to try ‘it’ at least once.

I haven’t spoken to anyone about it in these eight years as far as I can remember. Maybe it just didn’t work out; perhaps I was more or less consciously afraid of what others would say about it.

Besides, there was no specific reason to do so, especially since you wouldn’t talk about it until there was hard evidence. (Nonsense!)

Since I’ve been back in the dating game for a while, this quiet wish, the existing hunch, has finally become very concrete. What was always a question I couldn’t quite answer with certainty (although I’m now thinking: if there’s a question about one’s sexuality, it probably won’t necessarily be 100% straight.) is now a concrete answer :

Yes. I also like women and found the proof for me. Whereby: Why do you need evidence at all? I don’t have to prove my sexuality to anyone, basically not even myself.

I don’t know precisely whether one can now say that I had an “outing”. I just told it at some point – to my friends and my parents. It didn’t feel real as long as I kept it to myself. It wasn’t a part of my identity as my little secret and felt more like something I was ashamed of or afraid of. Although sexuality is only a tiny part of our identity, not everyone needs to know – oh whoops, hi, internet!

It didn’t feel real as long as I kept it to myself. It wasn’t a part of my identity as my little secret and felt more like something I was ashamed of or afraid of.

In any case, I’m a damn lucky child because all the reactions so far have been super positive. “Okay”, “Thanks for telling me”, and “You know you don’t have to be afraid to tell us something like that!”. This is good or bad, and unfortunately, not a matter of course and knowing that hurts. I wholeheartedly wish everyone the loving or, in a good sense, indifferent reactions that I have experienced.

All right, so I’m bisexual

Not a big deal for me (until I have to tell my grandparents one day…) and those around me. Nevertheless, there is still a fear: My tolerant, liberal LGBTQIA+ Instagram bubble will eventually burst when things get serious.

There is the fear of sexism, hostilities, stupid sayings, and rejection. Fear is received in my small town if you don’t live the hetero-normative relationship model. I don’t know if I’m prepared for this super sensitive person. Am I ready to face it?

However, I still fear that my tolerant, liberal LGBTQIA+ Instagram bubble will eventually burst when things get serious. There is the fear of sexism, hostilities, stupid sayings, and rejection.

But that shouldn’t be the point because fear is not a good advisor. After all, it’s about love. Love is colourful, and love is love. It doesn’t matter what others might think or say. Sexuality is not black and white; it is not either/or.

On the contrary! It is as diverse as we are. It’s a spectrum, and we’re often somewhere in between. Whether and how you come out is – I think – up to everyone.

Sexuality is not black and white; it is not either/or. Love is colourful, and love is love.

I wish that at some point, such texts à la “By the way, I am bi-/homosexual/+” would become routine and no longer have to be written. That Grandma Erna (and the rest of the entire pedestrian zone) no longer looks shaken in the street because two people of the same sex are kissing. That every single person in this world is treated with the same respect.

I wish that we all let ourselves live and be loved. Is that so odd?

In this sense: Happy Pride Month. And I think it should be every month!

Lost People: You just left, and to this day, I don’t know why

It didn’t last long with us, almost exactly four months. But they were intense months. Hardly back from the Arabic country where I lived for two years, I met you with your brown skin and French accent, many ribbons around your wrist, and happy, feather-light manner.

You cooked traditionally, and we listened to typical music, made music together and lived our day. It was good for us; I was your “Special One” and satisfied my homesickness for the Arab world. 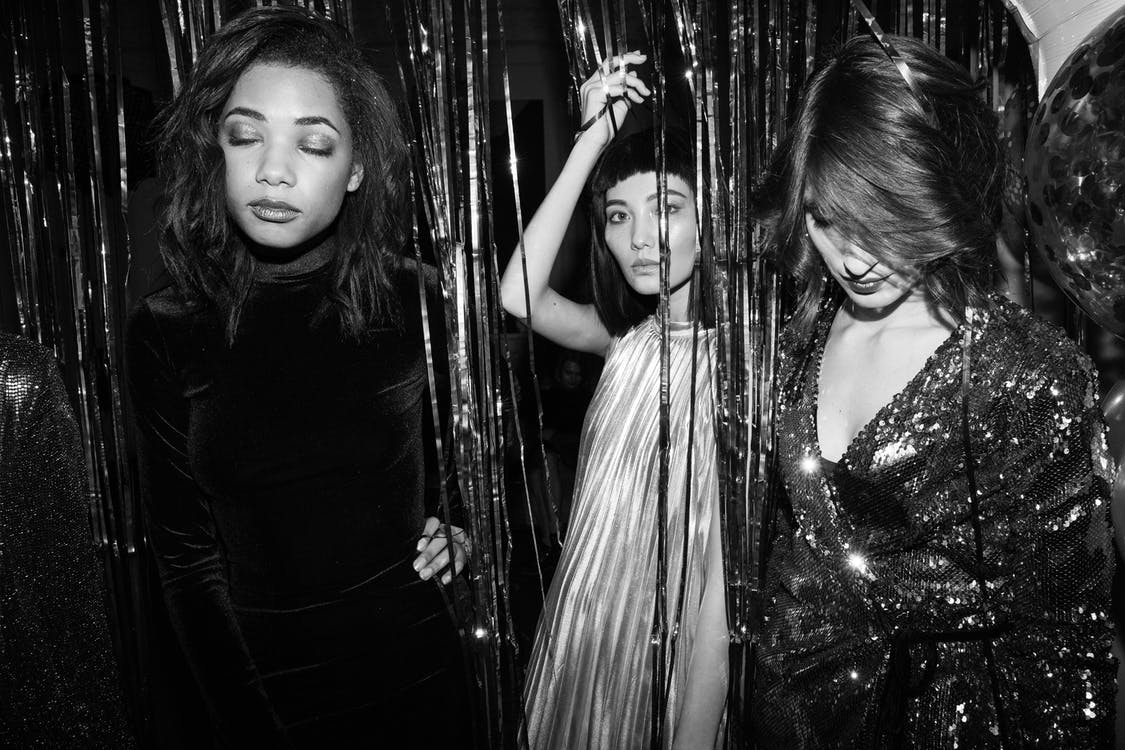 I don’t know why I lost you

For reasons that are still entirely unclear to me (didn’t we still have friendly, fun days before that?), you withdrew and stopped responding to messages. You would have to think of words that alarmed everything; I’m not stupid. But I wanted to give you the time you needed.

You retired and stopped responding to messages. You would have to think of Words that alarmed everything in me; I’m not stupid. But I wanted to give you the time you needed.

I consoled myself that your thoughts might not have anything to do with us. For a week, you just disappeared, disappeared. I went almost insane with uncertainty and chaos of ideas for a week.

I was totally up in the air; on the one hand, I wanted to give you the time you needed, but on the other hand, I also wanted to have certainty finally. After a week of emotional madness, I carefully asked what was going on. And then you said that you couldn’t do any of that anymore. But you wouldn’t want to lose me and want to keep making music with me.

You said that you couldn’t do any of this anymore. But you wouldn’t want to lose me and want to keep making music with me.

I tried to get in touch with you one or two more times, to see you again in a friendly way. After all, that was what you said. Or was that just a common saying? What could I still believe? Could I believe my memories? I didn’t get something.

I asked you what happened, but I never got any answers.

I just called you out of impulse, and we had a friendly 45-minute phone call as if nothing had ever happened. I should report that we could go for a walk if the weather is good. But when I got back to you, you didn’t respond. Weeks of waiting, thinking, lots of questions and… silence followed.

At some moments, I get angry. I don’t see why you cowardly pull yourself out of the affair, choose the easy way and disappear. I don’t want to be stalled, nor do I want to be the chasing ex-girlfriend. I want you to tell me whether you like us to meet again – or not – and then I’ll leave you alone. Giving me a clear answer is the least I expect from you. I want you to take responsibility.

At some moments, I get angry. I don’t see why you cowardly pull yourself out of the affair, choose the easy way and disappear. Giving me a straight answer is the least I expect from you. I want you to take responsibility.

Being abandoned is terrible enough. But being left with question marks is unnerving; the emotional release is immensely delayed, and you’re stuck in a vacuum waiting.

And as bad as separations are: The chapter “disappeared people” is probably the saddest and scariest at the same time. Being abandoned is terrible enough. But being left with question marks is unnerving; the emotional release is immensely delayed, and you’re stuck in a vacuum waiting.

One doubts whether the relationship existed (as such), whether the partner was the person one knew, which details were overlooked, whether one can still trust oneself and one’s perception…

But the worst thing I find is that the familiar story does not find a worthy conclusion. I would have liked a farewell ritual, an appreciative hug, and more kind words because you liked and respected each other, even if it wasn’t enough for a relationship. One does not exclude the other. Or maybe?

by Escort Suite in Uncategorized