About burning memories and distance 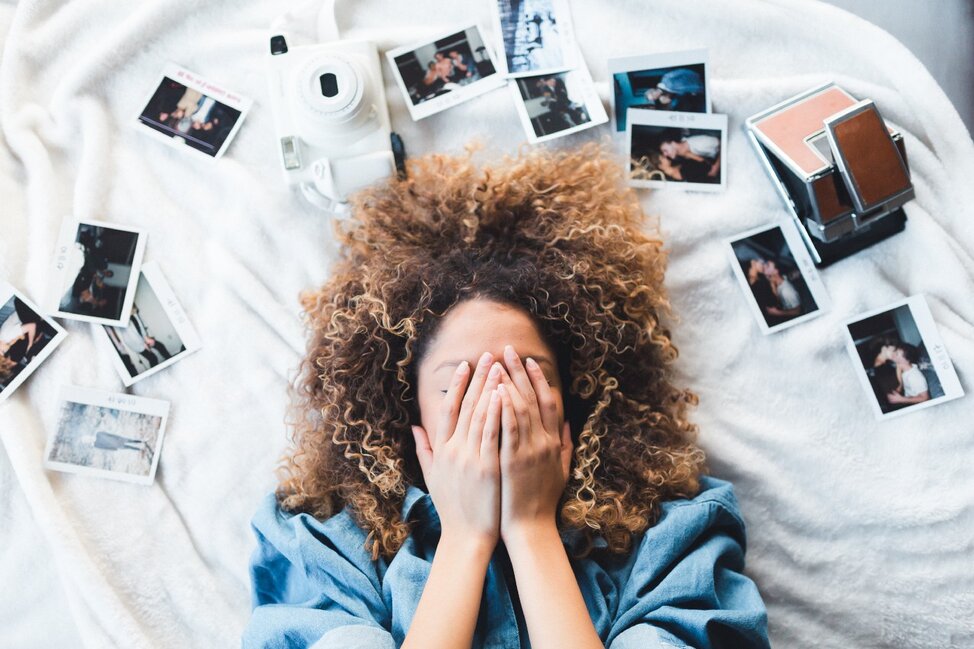 It’s funny how life sometimes throws feelings and memories at you that you haven’t felt in a long time. And which are suddenly as fresh as a tattoo – under the skin. How unstable does the current reality sometimes seem, if you let yourself be seduced by what used to be for just a moment? Was that ever really me? And am I really the escort girl I think I am today?

The first kiss, the first lovesickness, the first lies I told my parents to stay with you overnight – only to be left by you a short time later. In these four years, you have made my life exciting and worth living and at the same time, I have never been hurt as badly as during this time. But the happiness finally came when I started working with this Escort Agency.

It’s all been over 10 years now. I hardly remember much of it and I’ve already finished with it, I’m fine. And yet sometimes I find myself thinking back to that time with a kind of bittersweet pain. A time when somehow everything was intense and new and exciting – and we were so young. With a future ahead of us that neither of us had any idea what it would be like, where it would take place, and with whom. Well, we shouldn’t spend them together.

I say I’m thinking about that time, but I can hardly remember any related phases. Whether that’s because it’s been so long since we’ve been together or because we haven’t spent any connected phases together, I don’t know anymore.

The moments I remember are so clear and intense as if someone had tattooed them on my soul and the retina of my inner eye.

But the moments I remember are so clear and intense as if someone had tattooed them on my soul and the retina of my inner eye. With clear and burning outlines. Like the lights that you can still see flickering with your eyes closed, although the flame has long since died out.

I see us sitting on my sofa, you soaking wet from the rain you rode your bike through to ask if you could kiss me.  I feel us both lying on your bed, hearing you whispering “I love you” in my ear. I was so overwhelmed and pumped with emotion that I could only say, “Me too.” Both of these memories fall into our first attempt at something resembling a couple.

Then I see you, two years later and on my best friend’s birthday, standing on a stairstep, confronting me and saying you’re sorry for how you pushed me away two years ago. It was a fluid moment when you took me in your arms. I can’t say how long we stood there and kissed again. She took you and I was actually in love with someone completely different. I thought.

Two years later I remember lying half-naked on your sofa in your first apartment of your own. I can still feel my long hair to this day falling over my shoulders and tickling my face. Your hands on my breasts, on my thighs, on my bottom. My heart is still beating wildly at the thought of us getting rid of each other’s clothes and then, completely naked and looking over my shoulder at you, I walked into your bedroom.

Nothing happened. Oh, but how I wanted you, how I wanted to feel your humility and your desire for what I was willing to give you. you didn’t want it You did not want me.

I don’t think I’ve ever stripped in front of anyone as I did in front of you since then. Naked in front of others, yes, I was – physically. A few times. But I was never again as vulnerable as I was in that moment with and in front of you. You said then that it just doesn’t fit between us. That I want things that you can’t give me. That I see us as a couple, but there is no way to get there. And there wasn’t – for you.

How much I wanted to live then and lived – just a little bit, with you.

I treasure these memories. I didn’t bring them out for a long time because they burned – like the tattoo on my soul. Now I keep looking at them with my third eye because they remind me how intensely you can feel things. How much you can want someone, and how much I wanted and lived at the time – just a little bit, with you.

How our distance gave me clarity 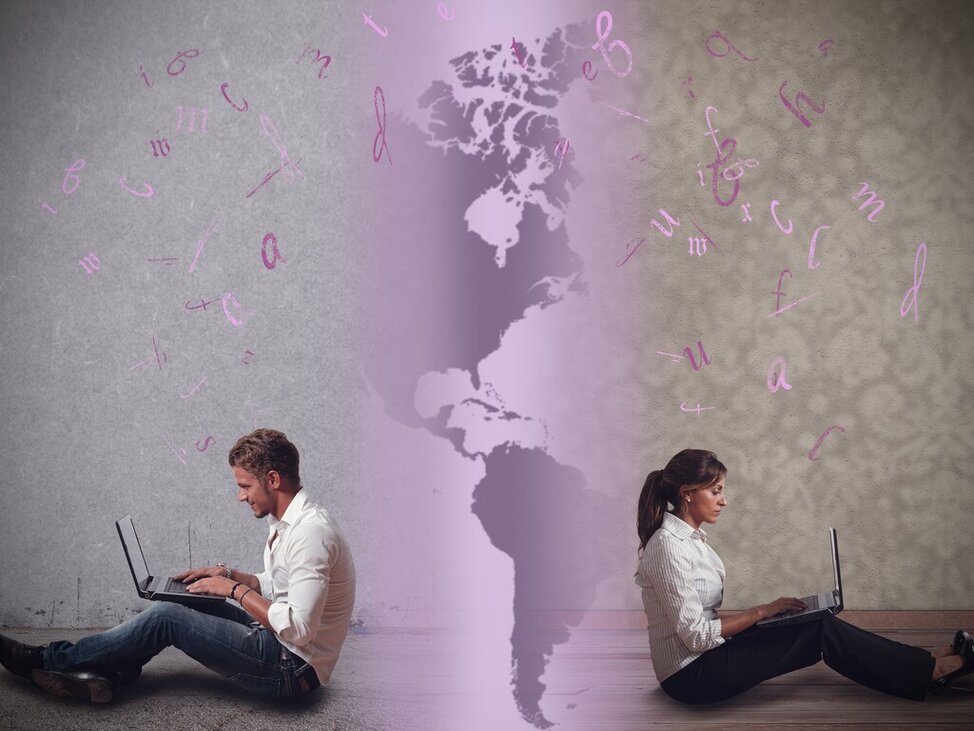 Even if they are only temporary. M. said it wouldn’t be bad to take a break until the semester break in January. After all, he already had this situation in his repertoire of experiences: A good friend (me) begins to develop feelings for him, but he doesn’t. After all, he has this magic switch that can turn feelings on and off. I don’t have this one… Not even remotely. Even if I tried to convince myself. So we’re going on hiatus.

From the beginning, we built our friendship on similarities. We were the same age, came from the same city, and wanted to gain a foothold in the escorting industry. I became aware of him through Instagram and contacted him.

After a first joint film project over 900km distance, we finally met for the first time. Lo and behold, he wanted to break up with his girlfriend. Yes, I admit, I had secretly sensed my chance. I had to admit that to myself first.

A month later I went to Berlin to visit. we had sex Before that, we clarified that we both did this without feelings. Schupp, whoops, we ended up with Friendship Plus. For me, it was the first time. I had waited too long and finally wanted to have the experience with someone I liked and trusted. M. seemed to me to be a good alternative. Today I see that I have often pushed my limits in our friendship. But when you’re young, you might want to explore them sometimes. Especially when you feel like you have some catching up to do.

After that, we wrote a lot about sex and (his) dates. Wrote sometimes for hours – including naked pictures.

After that, we wrote a lot about sex and (his) dates. Wrote sometimes for hours – including naked pictures. They should have helped me with my sexuality, but they were probably more of a self-affirmation for him. It was clear to him that we were just friends, and I was aware of this too. But the constant texting and sexting made me emotionally dependent on him. I wanted to have this closeness that was suggested to me by the permanent chats.

Today I know that I wasn’t really in love with him. It was much more a desire for belonging and closeness that he awakened in me (just like S. before). When I looked at his ex J.’s Instagram profile in weak moments, I usually got pretty sick.

Though they had split, judging by their stories, they were still seeing each other closely and regularly. More and more couple photos appeared. I said nothing about it because I was afraid of losing the friendship. Still, I was jealous and felt bad. I constantly had the feeling that I wasn’t important enough and that he didn’t want to see me. I knew this all too well from my childhood and youth. It may be a cliché that our childhood also shapes us later in life. But some clichés are true.

The news on his part was a long time coming. I interpreted what the staff held with my girlfriends. Surprise: misunderstandings in sight!

At some point the knot burst. I wrote to him about my feelings and that I didn’t know how we felt about each other. I wasn’t sure about the nature and extent of my feelings. I was confused. The news on his part was a long time coming. I interpreted what the staff held with my girlfriends. Surprise: misunderstandings in sight! In a voice message, I described our friendship as toxic. M. said that I could now “detox”. We all laughed then.

From ex-girlfriends and priorities

Men don’t seem to mind that much about keeping their distance. Right from the start, M. appeared as a feminist, anti-sexist, mother-in-law’s darling. We women are known to like nice guys. Especially those who are easy to talk to.

He said I’m not priority 1 in his life right now. Ouch. There was his first girlfriend and his ex J. with whom he had to work things out. Sure, I understand (really) and noticed at the same time: You’re not good for me.

I asked myself if I wanted to get into this chaotic web of relationships. Whether I want to be in a friendship where I invest and project too much and where the other person only sees me as one of many. The answer is no.

If only I had kept my mouth shut. Then we would have just carried on as before

It’s hard for me to keep my distance because worrying about losing contact completely makes me uncomfortable and triggers old wounds. I often thought, “I wish I had kept my mouth shut. Then we would have just carried on as before.” But the illusions are gone and it’s now up to me to distance myself and to see M. in a newer and less rose-coloured light: with the gaze of a platonic friend who doesn’t hope for more depth in it either.

At the beginning of our break, I thought about what I could write to him when this time was over. It should be something cool and casual. After all, I wouldn’t have minded this break at all. Never. I would have been completely zen with it. Sure right?

I admit: I worked on this message for several sleepless nights.

If M. describes himself as an emotionally dead fish, then I can probably use that in the message too, right?

I’m still on our break from contact. Surprisingly, it’s good for me.

I’m still on our break from contact. Surprisingly, it’s good for me. My mind feels freer because I don’t have to constantly reply to his messages. I feel myself more. Still, I hope we can be friends in a good way. I haven’t lost sight of the potential for this yet.

A few things are certain in life: death, taxes, and the  “I need a break.” 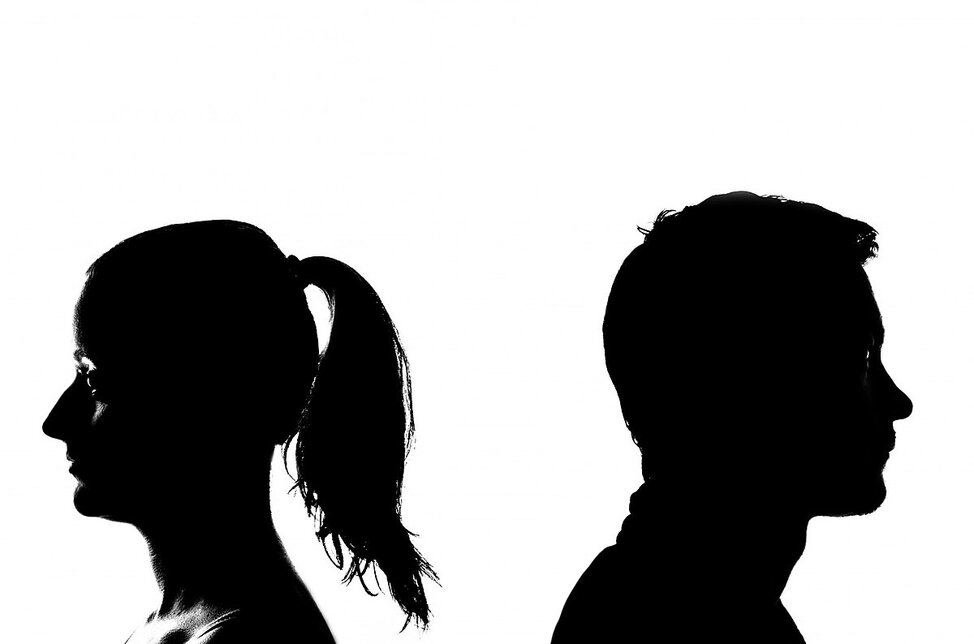 If you’ve never heard it from a woman, congratulations! It means that you are only in the category of those who used it themselves to keep a girl who is too suffocating at a distance.

Whether it is good news or bad news depends only on what you are willing to think and decide on this issue.

What does he want to tell you?

This line reveals to you that she is no longer as attracted to you as she once was.