Premature ejaculation – how to prevent it 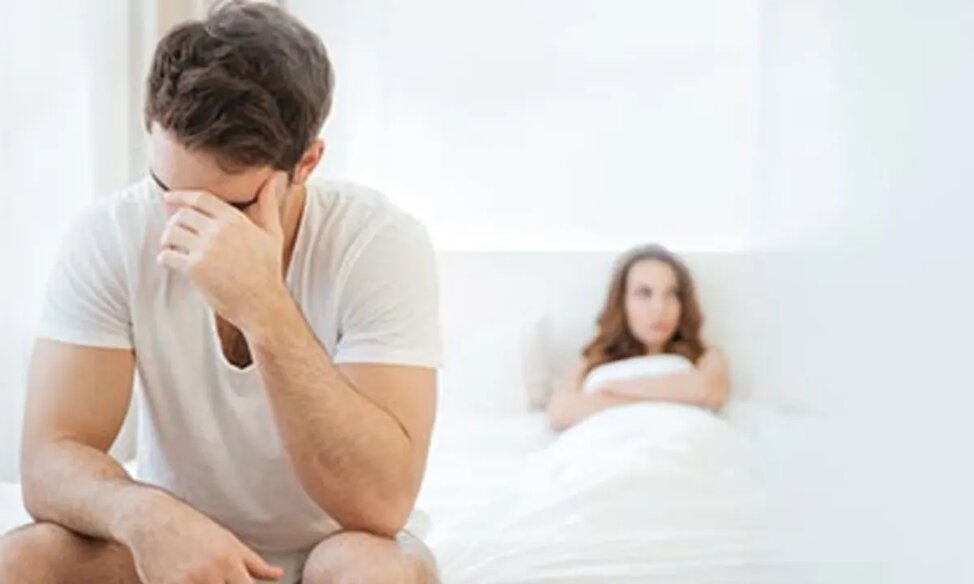 One of the most common sexual problems in men is premature ejaculation. Although it is a common problem that can be treated relatively easily, many men are embarrassed to seek a solution or medical attention. Read this article to find out exactly why it can occur and what remedies you can use to treat it. After that, you can have wild nights alongside our sexy escort girls!

The nervous system and spinal reflex control ejaculation. During sexual arousal, nerve signals are transmitted through the spinal cord and brain, and when it reaches the point of saturation, the brain sends an alert to the sexual organs. This nerve signal can appear quickly, producing premature ejaculation at the beginning of sexual activity (primary) or after a period of normal sexual functioning (secondary). Read forward and see how you can solve this problem, the VIP escort girls working with our Escort Agency are waiting for you!

1.2. Am I ejaculating too fast? Signs of premature ejaculation

Despite the fact that the pathological phenomenon is relatively easy to identify, many men deny the presence of the problem. Some may even associate premature ejaculation with a variety of objective factors.

If you experience any of these symptoms, it is advisable to contact a specialist:

To detect real health problems, it is recommended to consult a therapist and a urologist who is qualified to confirm or deny the presence of organic causes of premature ejaculation.

1.3. Who is in danger of premature ejaculation

Sexual dysfunction associated with rapid ejaculation is hardly affected by age. Still, a particular area of ​​risk includes people with the following problems: spinal cord injuries, osteochondrosis, short frenulum, and other genitourinary diseases, which are common in almost half of the cases.

The difficulty of diagnosis is that it is impossible to identify the exact causes.

It is known that young people often have premature ejaculation. They can ejaculate without reaching actual sexual intercourse. As you grow older, a person learns to control their physiological processes during intercourse.

Premature ejaculation often occurs during intercourse after a long period of abstinence. This type of sexual dysfunction in men can be caused by conditions such as depression, anxiety, and frequent stress. It can also be caused by altering the production of hormones involved in sexual function. Psychological factors have an essential role in developing this problem.

Often, men do not pay much attention to psychological factors, which in many cases can be a significant cause of premature ejaculation. It is even considered that erectile dysfunction (impotence) is an essential consequence of depression, frequent stress, or excessive work, but often the first sign of problems is just premature ejaculation.

2.2. Organic diseases that can cause premature ejaculation

Malformations of the genitals such as shortening of the frenulum of the penis, phimosis (narrowing of the foreskin), and anatomical defects of the penis (change in its curvature) can cause problems during intercourse.

Trauma at birth can cause difficulties many years after the accident, with an essential effect on injuries affecting the pelvic nerves: fractures of the pelvic bones, lumbar vertebrae, sacral or coccygeal. A prostate adenoma is a common benign prostate disorder that, if left untreated, can lead to complications. In men, infectious and inflammatory diseases of the genitourinary system, especially prostatitis and urethritis (inflammation of the prostate and urethra), are likely to prevent regular sexual intercourse. Alcohol abuse, smoking, and drug use harm the body on all fronts, causing problems in the couple’s relationship.

Many men tend to believe that the physical health of the genital area is mainly determined by three factors: the size of the penis, especially when it is erect, the erectile hardness, and the duration of sexual intercourse. There is a preconception that a long game is guaranteed to be successful. This fundamentally wrong view is inspired by society, education, and traditional stereotypes. Many other factors influence the quality of sex with a partner. However, if a man feels that he is suffering from premature ejaculation, it can cause profound psychological problems.

2.4. Negative experiences that can cause premature ejaculation problems

In the case of a man who has had negative sexual experiences in the past, a psychological complex may arise caused by the belief that his current partner is not satisfied and, implicitly, that he will not satisfy those who will follow her. In such cases, he may tend to avoid sexual intercourse altogether. Subsequent problems such as depression increased anxiety, emotional imbalance, or isolation. However, such reactions of the patient do not help him cope with the problem. On the contrary, psychological disorders aggravate ejaculation problems, making the man even more worried.

3. Other ways to stimulate your partner

Countless times, the woman reports that she does not orgasm during sexual intercourse, blaming her partner. Sometimes a man considers that he suffers from premature ejaculation, evaluating this aspect based only on his partner’s opinion. In these cases, the man himself begins to blame himself and visits specialists to slow down ejaculation.

In reality, self-diagnosis and self-treatment in these cases are unacceptable, primarily if it is based on a single criterion – the partner’s opinion.

Many men are convinced that they should pass the test to bring a woman to orgasm during intercourse only with the help of the penis. In this case, premature ejaculation is a significant obstacle to achieving the goal. There are many other completely normal ways to give pleasure to a woman, and it should be noted that they are used by most couples who consider that they have a successful sex life. For example, purchasing accessories such as vaginal balls are in high demand due to their vital capacity.

4. Tips for controlling and delaying ejaculation

It is suitable for any man to know how to prevent premature ejaculation. To get started, consult a doctor to determine the cause. After diagnosis and examination, he will prescribe the necessary course of treatment. Prevention is especially important: lead a healthy lifestyle and avoid emotional stress, eat quality foods rich in zinc and magnesium, exercise regularly, and walk in the fresh air more often. Following the rules will relieve you of the need to decide how to treat premature ejaculation. Several psychological methods are also helpful in prevention. In some cases, masturbation can also be a way to delay ejaculation too quickly.

Premature ejaculation in men is a problem that can occur at any age. Modern medicine has quickly treated such disorders with psychological and physiotherapy methods. This is often done by a psychologist, sex therapist, or urologist. 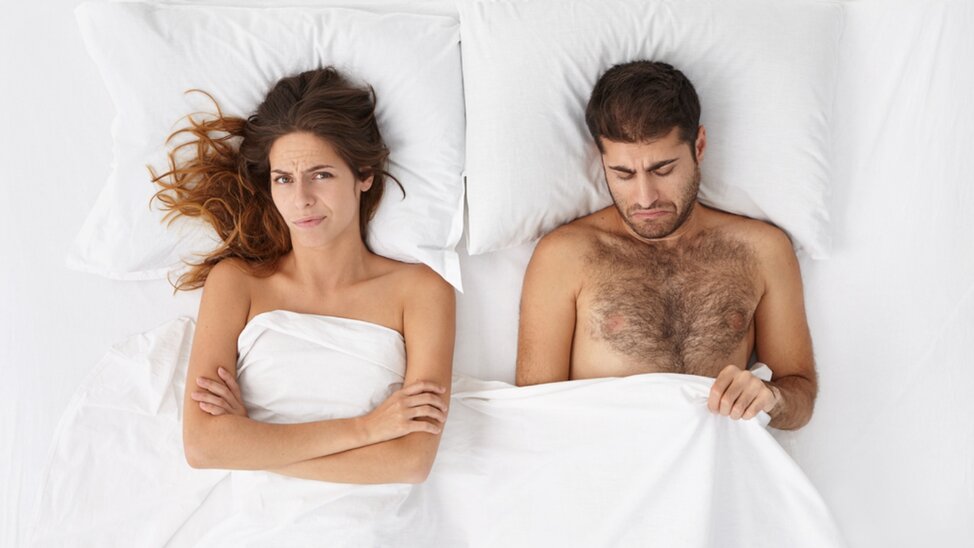 Depending on what caused the sexual dysfunction, there are several remedies you can use:

With both partners in the treatment, the psychologist can determine the exercises that the two should perform during intercourse.

It allows you to get rid of psychogenic factors that affect the rate of ejaculation. Meetings with a specialist can help you overcome problems, phobias, and fears and cope with everyday stress and irritability.

In severe inflammatory problems, the specialist may prescribe drugs that normalize the ejaculation process and sexual function.

In rare cases, it is impossible to solve without surgical manipulation.

To prevent hypersensitivity, local treatments in the form of special lubricants and oils are recommended, delaying ejaculation during intercourse. You can also opt for creams to delay ejaculation.

How can you deal with premature ejaculation on your own? There are training methods developed by specialists, through which a man can learn to control the ejaculation process. Here are the ones:

During sexual intercourse, it is recommended to remove the penis before the climax and firm compression of the base of the penis (several times).

Another way is to use Kegel exercises to train the pelvic floor muscles, especially the pubococcygeal muscles. To do this, contract and relax this internal muscle several times (only 150-200 contraction-relaxation processes per day). When inhaling, it is recommended to keep the muscles contracted and complete relaxation on expiration.

Manipulations are performed with a dry hand; the whole process should not take more than 15-20 minutes and end with ejaculation. A similar procedure is then performed using lubricant.

In this case, the whole manipulation of the partner is performed for 15-20 minutes, maintaining an erection.

The rubbing period should last at least 15-20 minutes, maintaining an erection. These exercises will help you control your ejaculation and require and improve your pelvic floor muscles and prostate and prolong your quality of life in the long run.

5. Prevention methods for ejaculation too fast

The existence of the problem of premature ejaculation must first be identified, following its solution either on its own or with the help of a specialist, depending on the severity. Regardless of what caused the onset of premature ejaculation, it must be treated to ensure a beautiful and long-lasting relationship with your partner.

Relax and talk openly with your partner 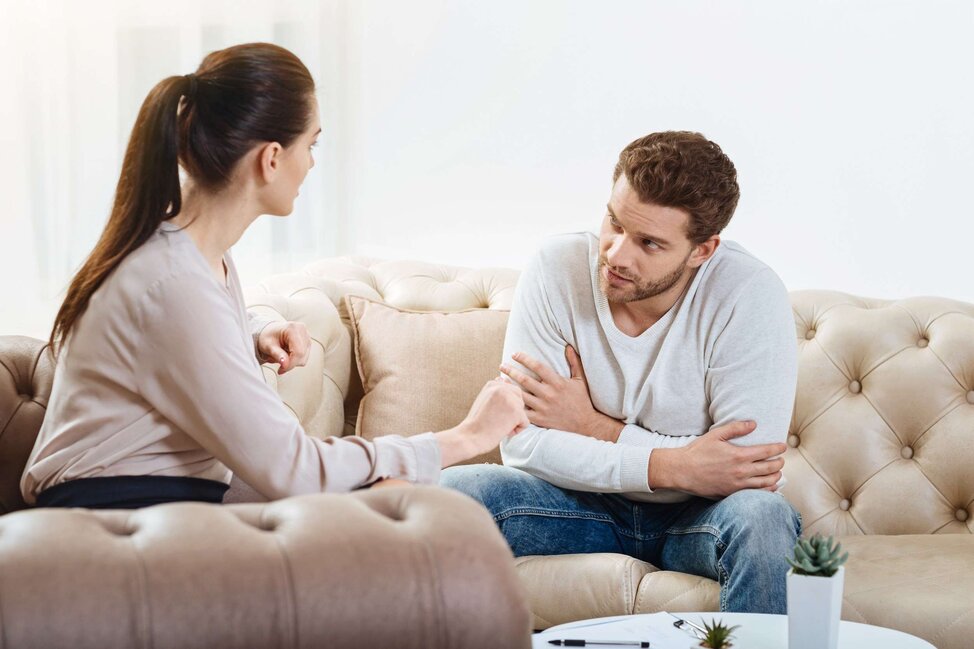 Premature ejaculation is not a problem that you have to be ashamed of and that you have to keep in mind. It is essential to be relaxed when having sex and not to put unnecessary psychological pressure on yourself. Moreover, open discussions with your partner mean effective communication that will help you overcome these problems and better understand her point of view. Most of the time, your partner will understand the problem and help you solve it as much as possible.

What can cause premature ejaculation?

How can you get rid of premature ejaculation?

The easiest way to treat premature ejaculation and prolong sexual intercourse is with creams designed to delay ejaculation. They have a mild anesthetic effect and are applied to the length of the penis 10-15 minutes before the start of sexual intercourse to delay orgasm and increase both your pleasure and that of your partner.

How long should sexual intercourse take before ejaculation?

On average, sexual intercourse lasts between 5 and 7 minutes until a man reaches orgasm. In some cases, ejaculation may occur more than half an hour after sexual intercourse. In case of premature ejaculation, this can happen even before the start of the act or a minute after it.

What are the alternative methods of satisfying your partner?

When premature ejaculation prevents you from fully satisfying your partner, you can use various sex toys to ensure her orgasm. Thus, there is the variant of vibrators or vaginal balls, which will indeed manage to increase your partner’s pleasure in the most intimate moments.

How can you prevent premature ejaculation?