Thoughts about humor and sex 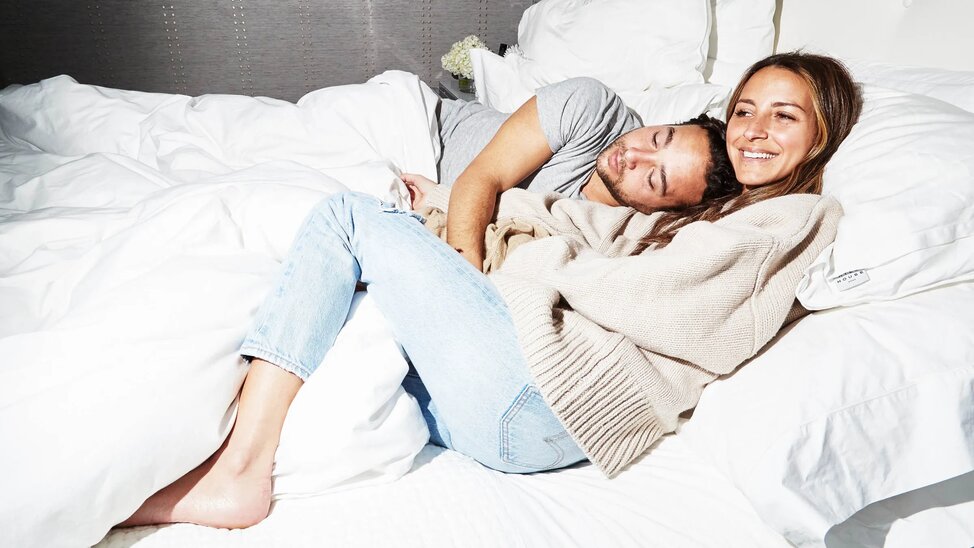 Thoughts on humor and sex

Well, since I’m trying to escape my (many) and (urgent) obligations right now, I thought it was a great time to write a blog post to procrastinate a bit. It’s been a while since I wanted to write about a comparison that I’m very proud to have thought of, that is to say, the comparison between humour and sex, seen by an escort girl.

What excites us sexually is a complex mix of the games of our unconscious, societal injunctions, our education, and our history. What is fairly certain is that we do not really choose it – we can observe changes in our desires according to our life path, but certain things are engraved in us for reasons that escape us.

Likewise, we don’t really choose what we laugh at. This reflex of bursting out laughing is a complex mixture of the games of our unconscious, societal injunctions, our education, and our history… In short, you will have understood it, the mechanisms that excite us and those that make us laugh are mechanisms quite similar, over which we have some control, but only a (small) part.

In both cases, these reactions may be politically incorrect, contrary to our values, and not in line with the person we would like to be.

I doubt anyone is ashamed of being turned on by a trivial heterosexual missionary, just as I don’t think laughing at “that’s a guy walking into an Escort Agency, he says “It’s me! “, except that in fact, it was not him” asks anyone about the severe and complex nature of his unconscious (even if it is a bit of a stupid joke in real life) (but me it makes me laugh) ( Anyway).

But all that gets a lot tougher when you get into more marginal, more daring, more complicated areas to explain.

I regularly laugh really hard at jokes about… rape, paedophilia, and incest. Nonunion, not the politically correct jokes. Not jokes that make fun of rapists, paedophiles, or abusers. Nope. Good old trashy and very oppressive jokes about rape, paedophilia, and incest. And I find myself supremely annoyed when it comes to justifying why I laugh. And likewise, I can sometimes be damn turned on by sexual scenarios where I am dominated, taken by force, or mistreated. Even call a guy “daddy.” Even pretend that I am much younger than my age. And the same – it’s not easy to explain why. The real question is: do we really need to explain it?

So, of course, I laugh at my boyfriend’s jokes and get excited about being a missionary (in both cases, I have a rather wide repertoire and am quite a good audience). Except for these laughs and desires, I do not feel the need to understand them because they are totally banal (we say banal?…) and not subversive. Likewise, when everything fits neatly into my values, even if it’s a little trashy, I don’t question myself – if I’m laughing at jokes that make fun of racists, or if I stick a finger in the anus of a guy, it doesn’t prevent me from sleeping any more than that.

What really worries me is stuff that 1. is out of the norm and 2. conflicts with my values. Both sexually and humorously, it’s going to say things about me that I don’t necessarily want to hear – a bit like dreams or nightmares, which come from our unconscious in pieces and in the disorder, shaking up the certainties we have about ourselves.

Even if complex rules govern laughter and sexual arousal and that we do not all understand, there is a way to dissect some of them. 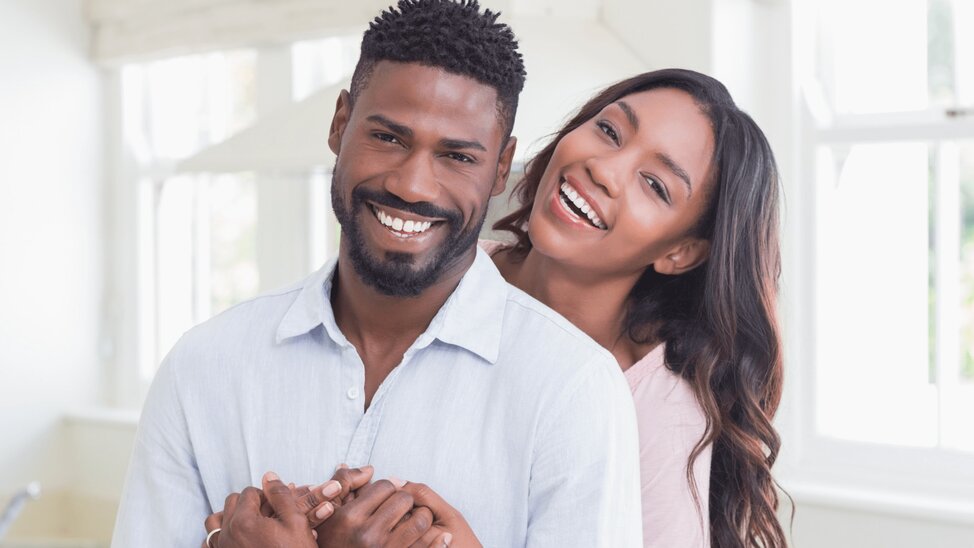 Humor and sex, in particular, can be outlets – we laugh and sometimes get wet on what scares us, disgusts us, horrifies us, shames us. Finally, BDSM (for me in any case), it’s a bit like that, seeing in the gaze of the other: Even humiliated, even defenseless, even in total loss of control, I want you, I want you. accept, you don’t disgust me, and I even like it very much. And in the other direction: Even with your violent and sadistic impulses, in your worst control-freak inclinations, I want you, I accept you, it doesn’t scare me, and I even like it very much. It is, ultimately, a touching acceptance of the other in his darkest sides.

It is to sublimate what is shameful in us, and what, according to society, should be a source of shame, becomes a source of excitement. A nice little twist.

If we compare that to dark humor, these trashy jokes about abuse that I have experienced allow me to feel accepted, to tell myself that this abuse has not condemned me to be an outcast, that I am not the escort girl that we treat like porcelain and that we do “shhhhh” when she enters the room because she has experienced severe things.

I have read on Reddit about a guy disabled after an accident, who said that the trashy jokes that his friends made to him afterward (making fun of his handicap, parking his wheelchair in a corner, trolling him) had a lot helped him to accept himself, and to accept the situation. He had felt treated like someone else, and like before (he clarified that this trolling was a habit between friends even before his accident), and these jokes had a therapeutic effect on him.

This is the effect some rape jokes have on me

And even racist, grossophobic, homophobic, [insert something that I support]phobic jokes can make me laugh. Not because I approve of the message, but on the contrary, because it shocks me, disgusts me, scares me, or makes me ashamed – without the joke itself denouncing anything, nor be an activist for a penny. And I can even throw them at times to non-white, fat, LGBT people, [insert another minority here], who can appreciate them because they show them that I don’t consider them small things. Fragile not to be broken, surrounded by the big harmful taboos of oppression.

In the end, none of this is shameful, and what, according to society, what should be a source of shame can become a source of laughter… A nice little twist.

Finally, let’s not forget that teasing someone is a way of establishing or confirming a relationship of trust. It’s just another way to show appreciation. Mutual tackling within the limits of what is funny (limits that vary according to each person), is the verbal equivalent of children who play at fighting without ever getting hurt (the “rough-and-tumble play”).

How can you get excited about that?

Sex and humor are two super tense topics. Strangely, if we watch a comedian with a friend who makes us laugh a lot, we risk being upset, disappointed, or touched if this friend does not find them not funny at all. We can even argue about it. “But if it’s too funny! “But no, it’s beautiful! “. In short, it touches on the emotional in a somewhat surprising way, probably precisely because of the role of the unconscious in laughter – if this person is not laughing with me, are we really on the same wavelength?

A friend of mine who is particularly fond of super hardcore humor and who likes being violently trolled (the sexual equivalent of what makes him laugh would probably be getting pissed in his mouth while being called a little whore, forgive an idea) told me the other day that a lot of debates on “it’s oppressive” “no it’s not oppressive” come down to one thing: whether we laughed or not. If we laughed, we’d say it’s not oppressive.

If we didn’t laugh, we’d say it is. And indeed, although this is not always true, it still seems to me that it is often the case. There are, of course, 1000 analyses to be made on the purpose of this humor, the people targeted, who we are making fun of, and why – but this analysis risks being strongly influenced by the subjective criterion of… if we laughed or not.

Similarly, sexual fantasies are a severe and tense topic 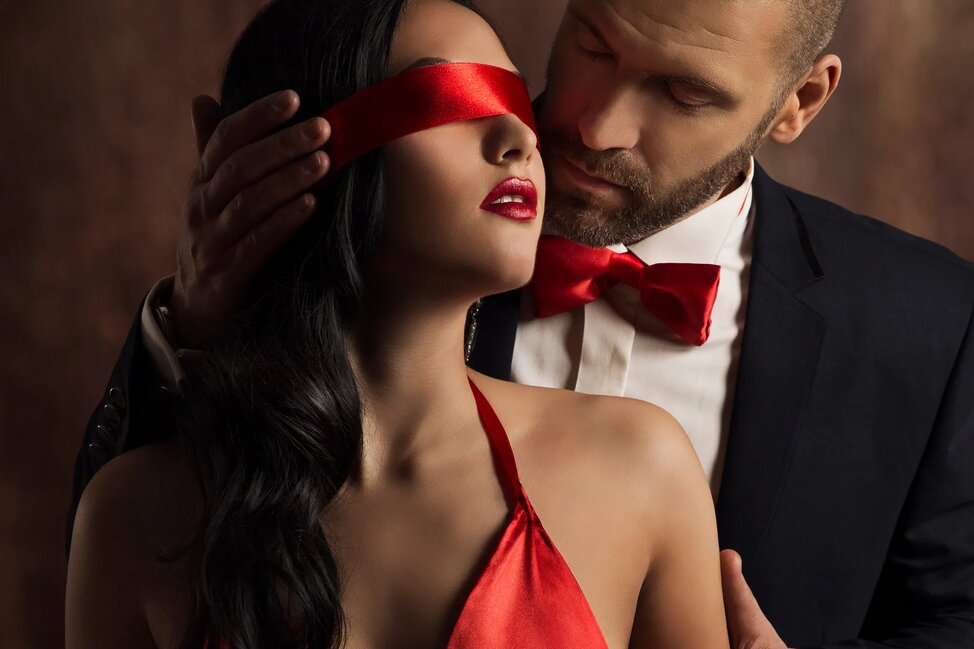 We have debates on what can be done and what cannot be done. We are disgusted by the specific fantasies and fetishes of others. Or, on the contrary, we find the sexuality of some boring to cry, as we would find their humor all rotten – and we do not hesitate to say it. Sometimes it’s even a big fight, and it becomes political – when some SWERFs, for example (sex workers exclusionary feminists, for those who don’t know, namely feminists who are against sex work) would like to ban certain sexual practices such as choking games, bondage, rape play.

Or when virilism says that putting something in the ass, when you have a penis, is a humiliation from which you will never recover and even that it is the LGBT lobby that wants to impose this on all of us so that we become like them. And again, our opinion (at least our opinion in private) very often depends on whether it excites us or not… If it excites us, it’s oppressive. If that excites us, it doesn’t. How to decide?

There are mega trash comedians whose jokes, taken out of context, are aggression. Because in fact, shouting this joke without context to strangers in the street (or posting it everywhere on the internet) is the equivalent of playing rape without having asked the person’s opinion (which is a bit the definition of an assault).

Except that the jokes, just like the parts of legs in the air, are always part of a context. These comedians, people paid to go see them. They know them. They appreciate their humor. They are consenting. They come for that.

My opinion is that as long as everything is done with everyone’s consent, it’s a bit absurd to ban anything.

Humor is political, sex is too – but both are only to a certain degree (the social versus the individual). Just as being dominated in bed doesn’t come from wanting to be defeated in life, laughing at a misogynistic joke doesn’t mean I’m advocating misogyny. It’s not always “it’s funny cos it’s true” – any more than “it’s sexy cos it’s true.”