You and me in my mind carousel – Part 1 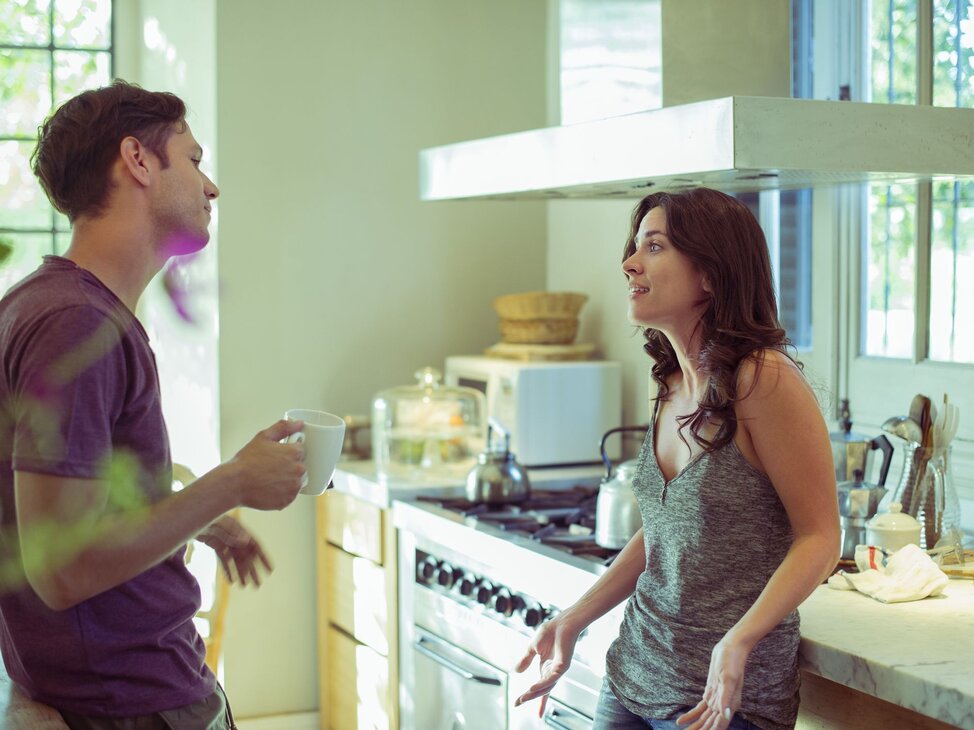 There is a strange silence in my apartment. I was so excited yesterday, like when I was a child before Christmas, that you were just here, looking at me, touching me, wanting me…it seems like forever ago. And I wonder how that makes me feel. Do I want to see you again, do I want one more night? I don’t know.

I don’t even know when we’ll see each other again…Probably, because you don’t go through everyday life alone. And the thought of it is uncomfortable. Because somehow, I wish I was your everyday escort girl. At the same time, I know that you need your freedom and don’t just live in togetherness, but – at whatever intervals and with whatever frequency of dates – look around outside.

You said yesterday that you were very happy that we found each other again on Tinder. Woohoo. Is that worth celebrating? Apparently, it does for you; I’m not so sure.

For the first 24 hours after our first meeting, exactly four weeks ago, I was hooked, so euphoric because you wanted me so much. Your looks, your words, your touches, everything was balm for my soul. I wanted more, more, and I tried to tell you that with cryptic messages.

You were relatively sober and said that the evening stuck in your head for a long time and that you would be happy if there were a repeat. At the same time, you would accept it if I wanted to close the hard cut and the chat. Close the chat means ending the contact altogether because we are only on Tinder.

No end without a relapse?

At that time, I chose the hard cut and dissolved the match – to your surprise, as you said yesterday. You felt like everything was right between us; you would have felt comfortable, and you would have thought I would too. I have that. Too well. But I was left alone while you drove home, back to everyday life, which you do not face alone. You didn’t wake up alone the next day; you didn’t have to endure any longing.

With a new job at the Escort Agency and exams ahead of me, I threw myself into work, the best distraction ever. I can no longer say how many hours or days my heart was heavy, but you had given me THIS what I longed for so much. But I was glad that I got out of there so quickly. And proud. Yes, proud of myself because I know myself and how it could have gone.

I could have consumed myself, tormented myself. Torturing by writing to you and letting you know how I’m doing, that I want more, asking you when we’ll see each other again. But I was afraid of your answer. Because you are in an open relationship. And open relationships, genuine open relationships, have rules. And they can be as different as each person.

I told you yesterday that after we first met, I read a lot about open relationships and concluded that the third person usually gets the worst of it. Your answer: “Who is the third person?” I hesitated and just thought to myself, “I’m the third person”… you seem to see it differently. I don’t know-how, and I don’t want to know either.

Shortly after that, I leaned over to you and gave you to understand that I wanted you. Now. And you looked at me like the first time and made me feel like I’m exactly what you want now.

We spent the next few hours in my bed. I liked your touch, your looks, the firm grip of your hands and arms that held me tight afterwards. Like they never want to let go of me. And you kept saying how nice you think it is right now. After the first round, I was full of hormones and thought the same thing.

I wondered how long you’d stay, hold me tight before you quietly say you’re slowly on your way 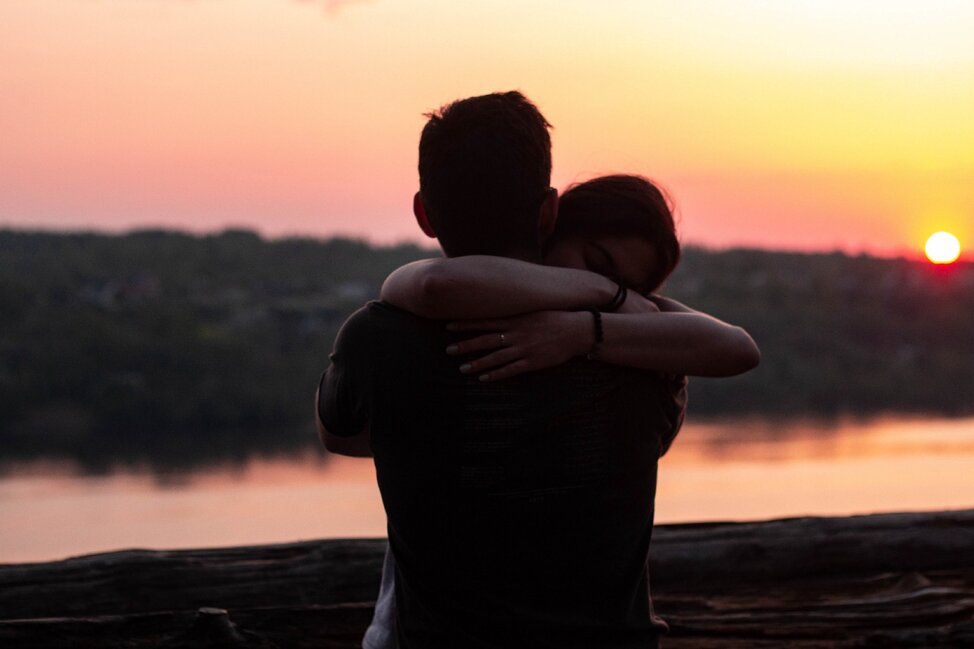 But already, after the second, my thoughts started to circle. I wondered how long you’d stay, hold me tight before you quietly say you’re slowly on your way. Leaving me behind, I wondered when we’d see each other again. And I wondered if I should banish you from my life via Tinder-Cut again!?

The question surprised even me! I want you, and I want all of that, but I don’t want to be left behind every time. But that’s how it is; that’s how it always will be. You noticed that I was thinking and said you would like to know what’s going on in my head.

Too much of. Too much for myself, too much for words. I vacillated between “it’s so beautiful, just let it be like this” and asking you to leave immediately. So that this merry-go-round of thoughts finally stops spinning. But you’re too lovely for me to kick you out.

Instead of leaving, this time, you stayed. At least a little longer because you were so tired that you didn’t want to drive. For me, it was happiness – and at the same time overwhelmed.

I put out all the candles, put some water by the bed, and lay down next to you. You pulled me close, kissed my neck, and made me feel once again that you were here with me, and that’s all that matters right now… before you slowly rolled over because you had to sleep.

You got dressed while I lay face down on the bed. Even though the darkness, I could feel your eyes on my body

Later you got dressed while I lay face down on the bed. Even though the darkness, I could feel your eyes on my body. That you were eyeing me lying there in my black negligee… and I liked it. And I’d like to be able to read your mind, to know what was going through your mind as you watched me. At the same time, I knew it would be over soon.

I walked you to the door and told you to drive carefully. You hugged me tight again and said, “sleep tight,” before stepping out the door and waving at me again. I immediately went back to bed and snuggled into the pillow and blanket you had been lying in for the past few hours, and I really liked smelling you and feeling you a little more… until I finally fell asleep.

You’ll never read this, but writing down my thoughts frees me

Now the “morning after” has dawned, and I felt this almost unbearable silence until just now. I decided to sit down and write all of this down here so I can somehow get my thoughts out, and it feels good. You’ll never read this, but writing down my thoughts frees me.

I toggle notification permissions on and off for Tinder; not sure if I want to know when you’ve texted me or if I’ll check from time to time and be surprised if there’s a message waiting from you. Especially since I had pretended to get in touch if I thought I was ok. Is that me?

What you lack and what I need

It’s always going to be like this. You will have to come to me because a meeting within your four walls is never out of the question for me – # an open relationship. You have to decide if you want to take the journey if I’m worth the driving. Instead, I have to consider whether the meetings with you are worth all these merry-go-rounds ride because as pleasant as the evening was, as much as I want your looks, your words, and your touch – something is missing.

I liked that you made subtle noises when you realized I liked what you were doing to me. And it has. But unfortunately, there is a BUT.

I miss the rudeness, the rough handling; I miss that you take me. There have been slight approaches on your part in the meantime, but you’re not the wild type. You know I like that, but somehow that’s not you.

You can’t overcome yourself, don’t dare. Especially since you said that you don’t know when a man crosses the boundaries of a woman and that certain insecurities arise for you because we are actually total strangers even after the second meeting. Believe me; you don’t want to know how far my limits are from what you think is too far. You are a lot further away!

But I also believe that we will never get there. We would probably meet again and again in the same way. You come to me, we talk, we have sex, which is good, but it will probably never be really “Wow.” At least not for me. And I think that could get boring for me in the long run. Too dull compared to “too much mind merry-go-round and maybe too much heartbreak.” Is it worth it to me?

Because it’s strengthening me that I’ve muted Tinder and can’t see whether – contrary to our agreement – you might not have written to me after all.

I can’t answer that question right now, but I don’t want to think about it any further right now. Because what strengthens me right now is that I’ve muted Tinder, I can’t see whether – contrary to our agreement – you might not have written to me after all. You’re probably racking your brains as to when and if I’ll get in touch.

And I’m very sure that if I wait for a little, let time pass, get to work tomorrow, and it will be hours or days from the evening with you, I won’t be tempted to write to you anymore. I’m sure that your thought carousel is running and that if I don’t get in touch, you will get in touch with me sooner or later.

Because I think I left a lasting impression on you. And you won’t close the door; I’m pretty sure of that because without being arrogant, I know you’ll find in me what you say you’re not looking for.

Maybe you won’t get in touch either – in a few days; I won’t care

Maybe you won’t get in touch either – in a few days; I won’t care. If you get in touch, I’ll see what you write to me, how you write, and then decide whether there will be a sequel. Until then, I ban you and my thoughts in this text here and shut down the notebook for the next few days. I hope I no longer need to ride the carousel when I need it again- probably on Thursday- and I know what that will become of you. 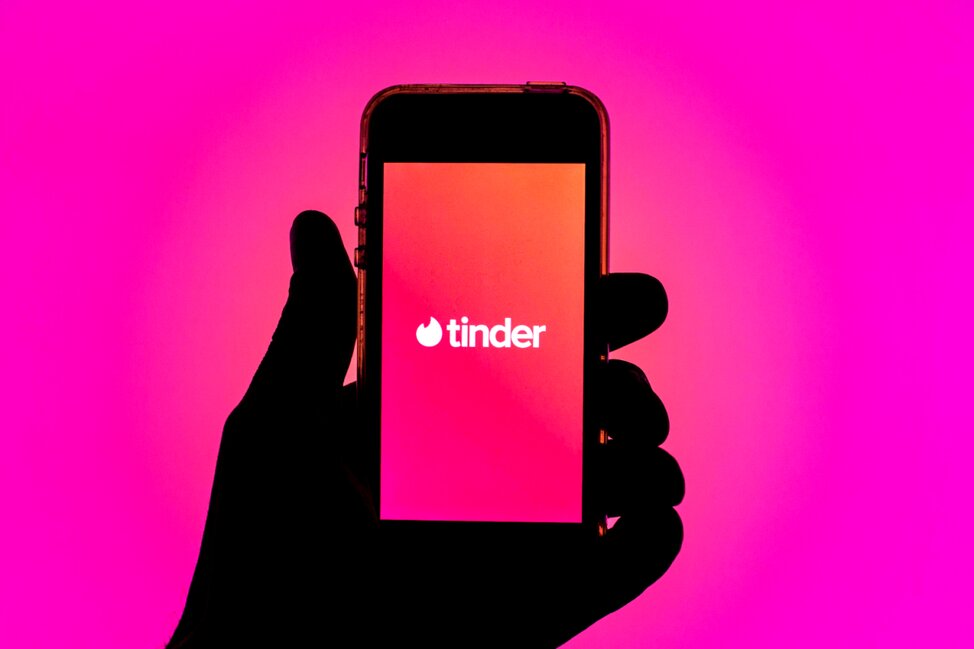 Think of Tinder as a training and social experiment, from which you can learn a lot, but mainly what attracts men. I’ve discovered that most guys aren’t necessarily attracted to good looks anymore, they don’t say it doesn’t matter at all, but they want to find someone to talk to. You would be surprised to see how the whole mechanism works. I can’t say I understand him either; I still consider him a total enigma.

But for someone who doesn’t want something serious and wants to communicate with someone when they feel alone. So yes, install the app right now or use it again if you have it installed. At least for fun. One never knows where a simple interaction might lead. It should be noted that Tinder is ultimately a social network, and proper communication is still in real life.